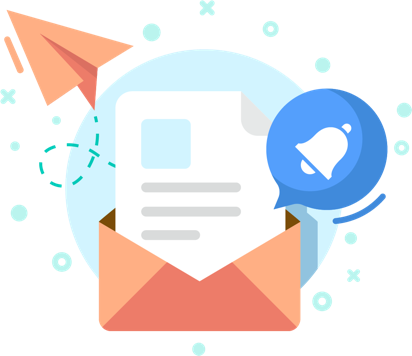 A volcano is a conical landform with an opening on top where molten rocks, ash, debris, and gases from below the Earth can escape into the atmosphere. Even though thousands of tourists are attracted by them, active volcanoes can be extremely dangerous and should be monitored constantly. If you’re a specialist in volcanology, geology, geography, science, geophysics or related fields, this PowerPoint template is ideal to prepare a creative volcano presentation.

Your audience could use some definitions. Introduce the topic by explaining specialized terms like pyroclastic cloud, magma chamber, the difference between magma and lava or listing the types of volcanoes. You can insert images and text in these slides, which are perfect to present descriptions or interesting volcano facts.

The Creative Volcano PowerPoint Template comes with two sequential infographics: a flow diagram and a yearly timeline. The first one is a four-stage snake diagram that could be useful to showcase the steps of an eruption, for example. The other one is a horizontal five-stage timeline where you can arrange historical volcanic eruptions in chronological order and share a little about its aftermath.

Forget bullet-points! We provide you little erupting volcanoes icons to create readable lists and draw the attention of your audience exactly where you want it. And there’s more! You will also find high-quality pictures of volcanic lightning, volcanic fissures, lava flows, pyroclastic flow, and lava formations throughout the slide deck.

Authorities must be trained to recognize volcano warning signals

Small earthquakes, gas emissions, and swelling of the volcano may inform some volcanic activity going on. Educate people on these warning signals so they will know when it’s time to evacuate.

Classify volcanoes according to their activity, structure or type of eruption. In the first case, for example, use our three-sections slides to mention active, dormant, and extinct volcanoes.

Volcanoes from around the world

If you want something even more visual, put together a presentation featuring one image per slide. You can create a guide of active volcanoes per region, underwater volcanoes, and so on.