As a continuation of our “Impactful Debut” at our Indonesia Office back in the beginning of 2018, another tremendous event was held on Saturday, January 12th 2019. Here is 24Slides Family Gathering 2.0: Celebration of Success! 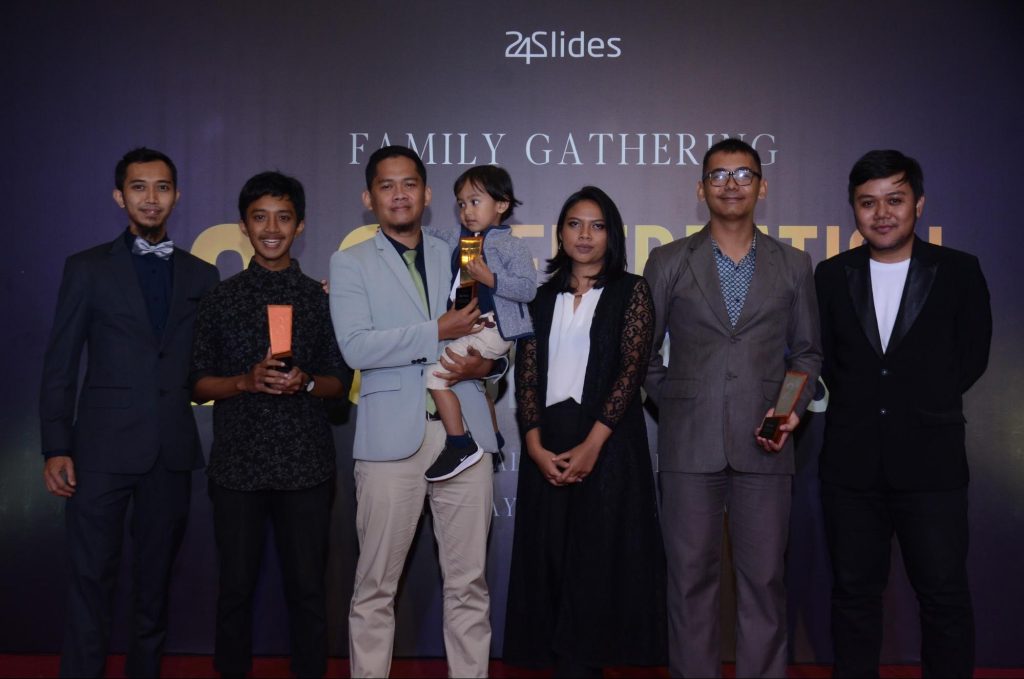 In case you are wondering, the “Celebration of Success” refers to how 24Slides shows recognition to best employees in an award night format for the first time ever. “The awards are to celebrate our achievement throughout the year”, Amon, the person in charge of the event committee, stated. This program was already announced in the previous Family Gathering, and we had been waiting for a year to witness this huge event. We got a number of awards and jaw-dropping prizes as well. Moreover, this is a nod to how we truly value personal growth of each person in the company. The event also marked a point of our long journey as we had reached the 100 employees mark in the beginning of 2019.

The main concept of this special night was “red carpet”. Not really surprising that we could feel the similar atmosphere of an Academy Award or Grammy Award night. Everyone came with their families in formal attire, which was really unusual compared to our daily casual outfits at the office. Upon entering the hall of the Gajah Mada Graha Hotel, we would be led by a staff to take a photo on the red carpet and then find our roundtable based on the invitation e-cards. 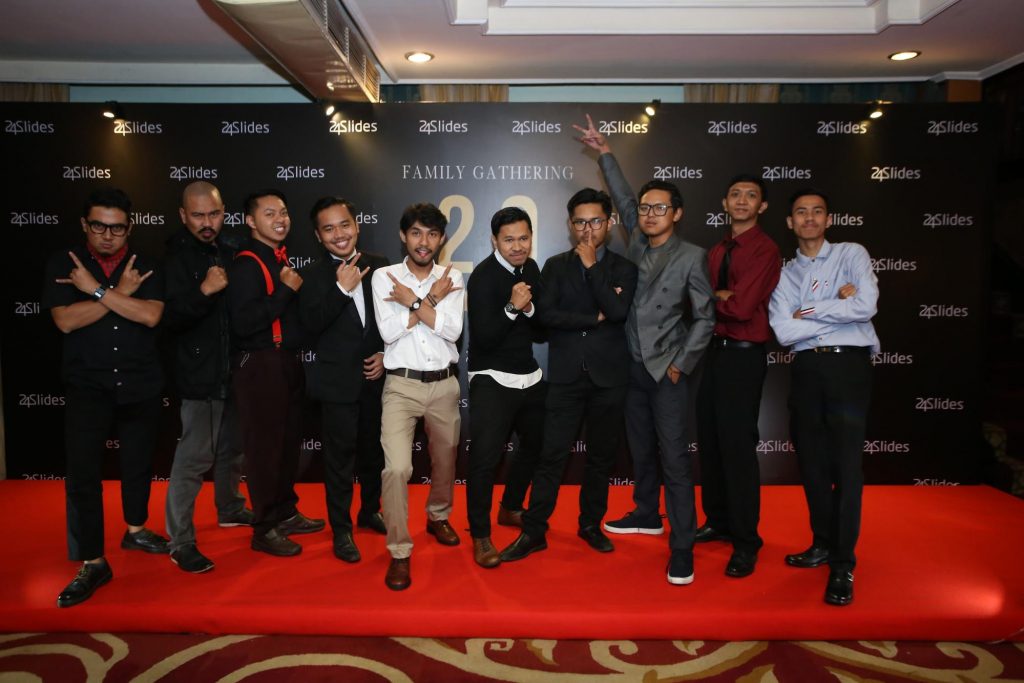 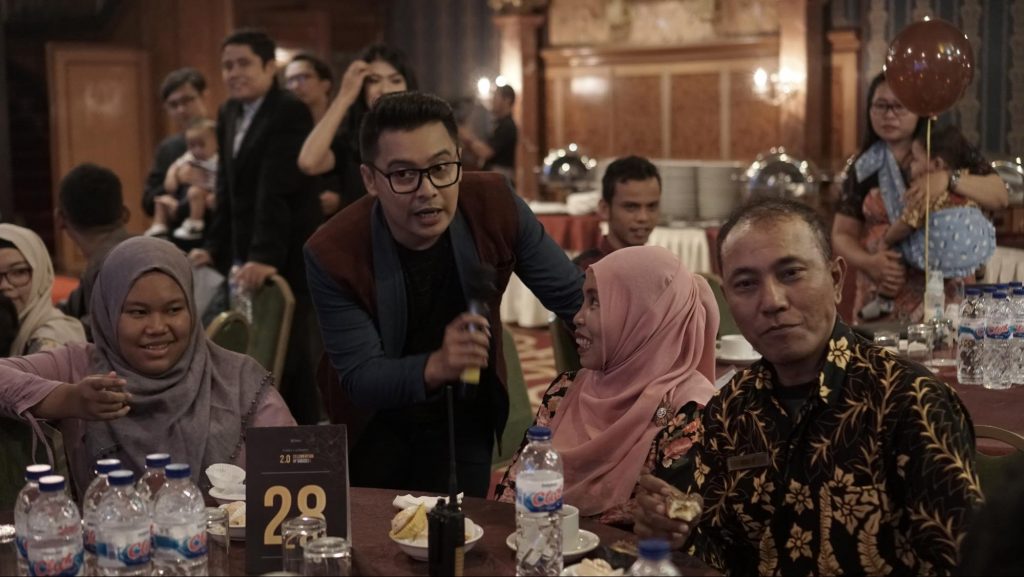 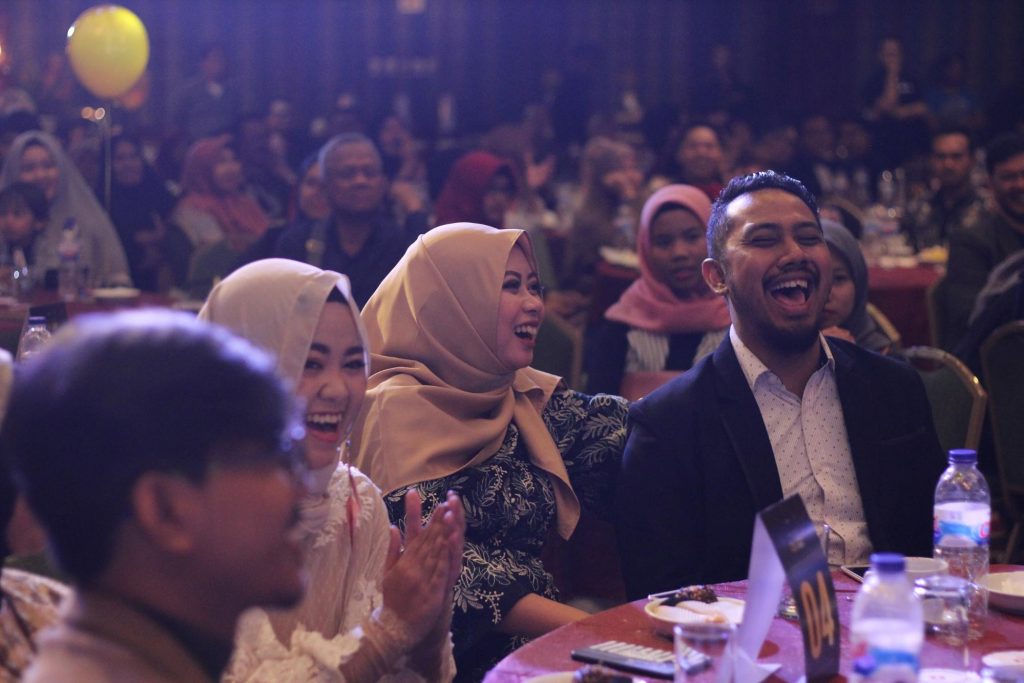 As the MC opened the event, the hall burst with excitement. We were welcomed by a video from Tobias as our CEO. Instead of bringing in guest stars like in the first Family Gathering, we had our local talents entertaining us. Band Na Na and Band Akrab bands performed songs with both joyous and calming vibes. Following the music performance, we had a comedy-fantasy play that brought laughter fill the air. During the break, we had dinner while watching a documentary videos of our activity throughout the years. Between the segments, we also had quizzes with unique prizes. Last but not least, we have awards to announce. 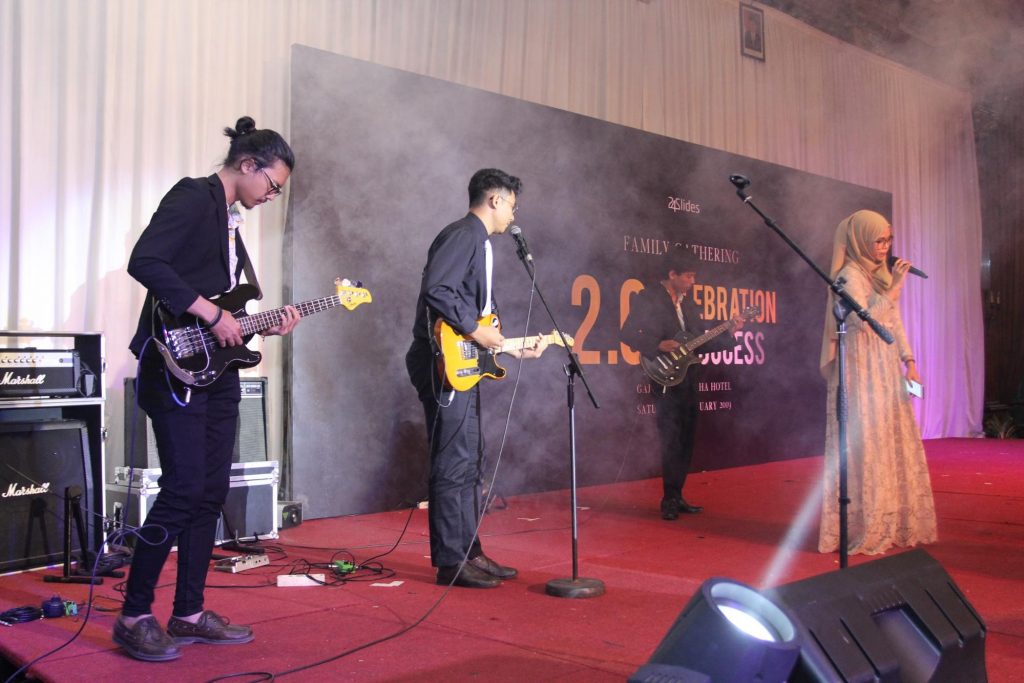 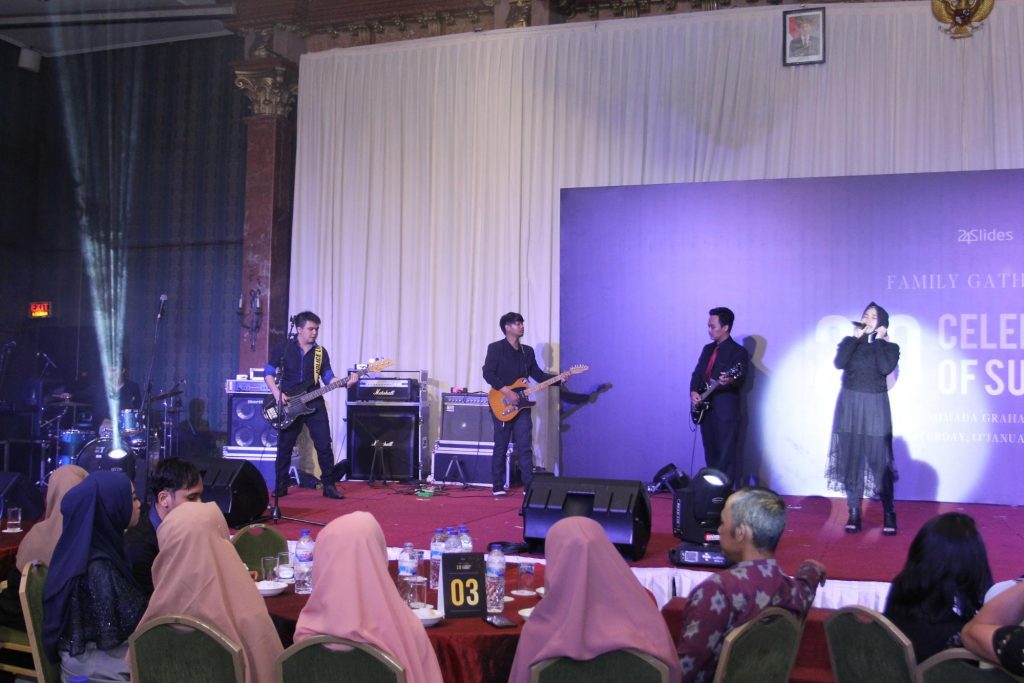 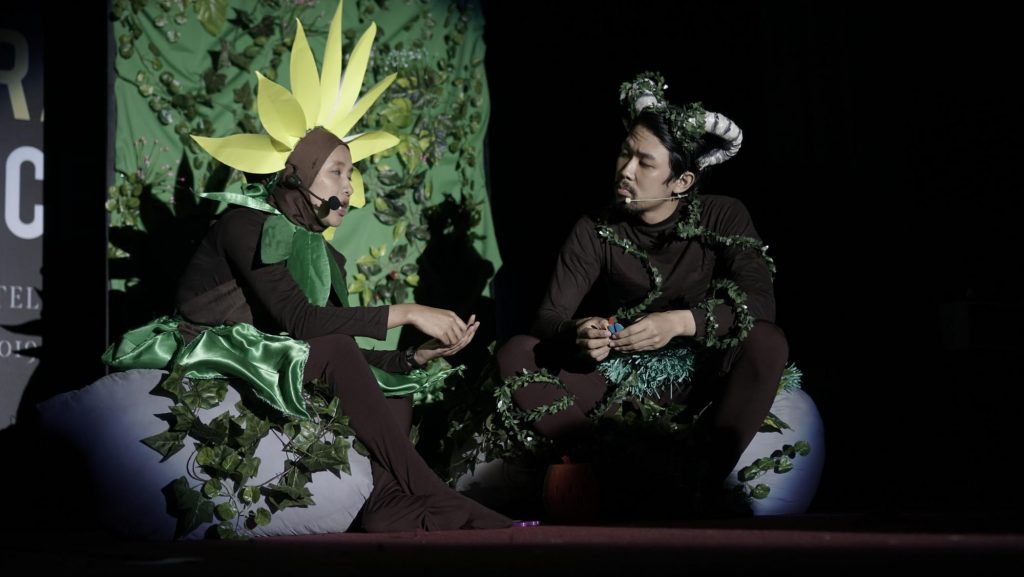 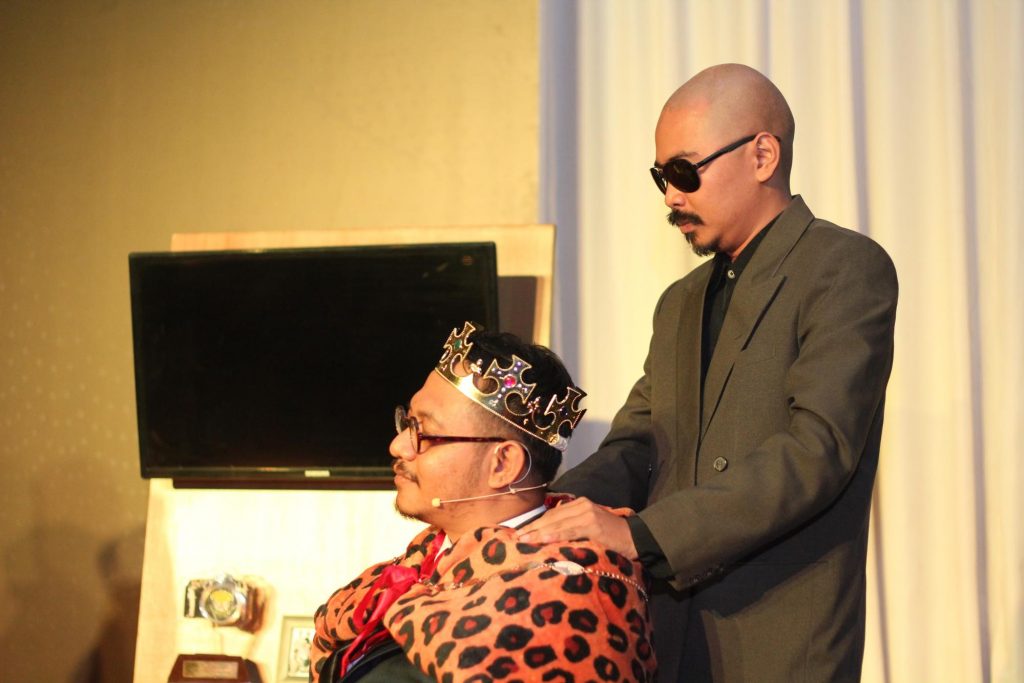 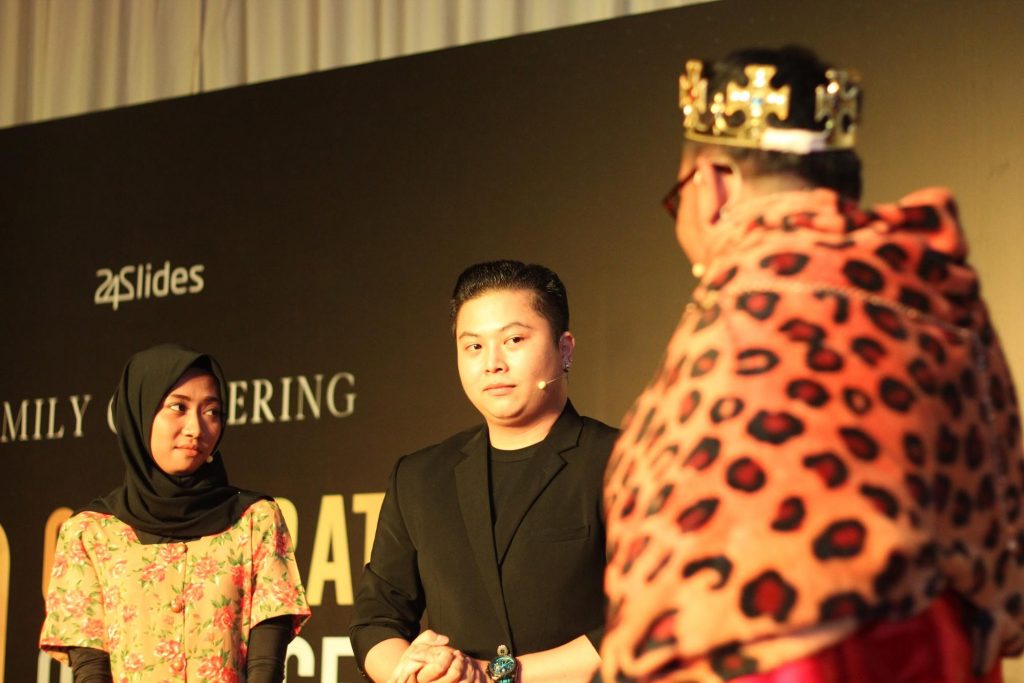 The “Employee of the Year” was the main award, and only the top three employees would get this. Angger clinched the first place, followed by Yudha and Reno who took the second and third place respectively. As winners, they were allowed to choose between two options of prizes, smartphones and tablets worth thousands of dollars in total.

Other awards of various categories were also given. Some of those were individual awards, while the others were awarded to teams. Special awards were given as special recognition to some individuals and teams as well. There was a total surprise as the management team got invited to the stage to receive the last award of the night. Mira, Sartika, Habibi, and Rizal were presented with special vouchers. 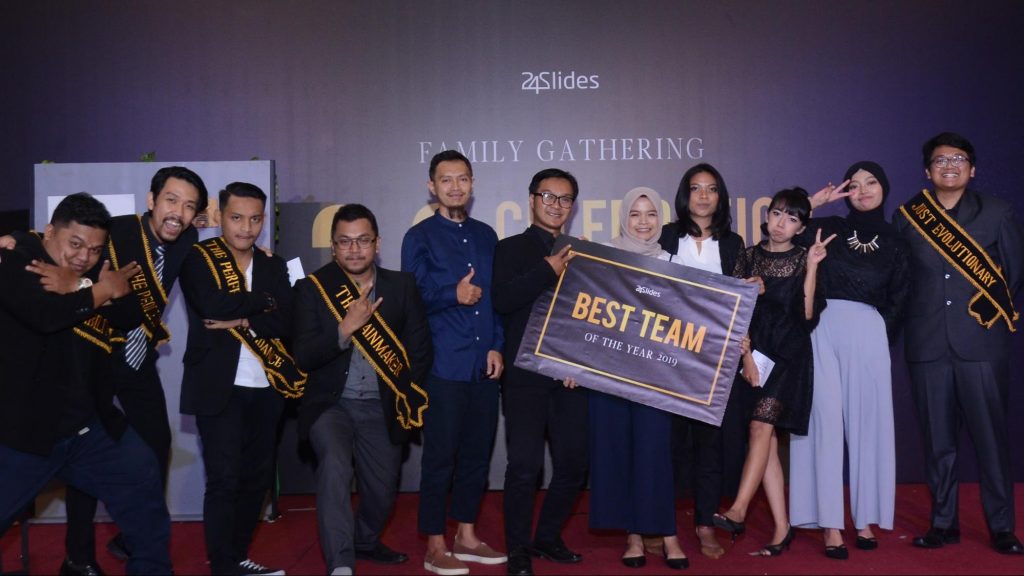 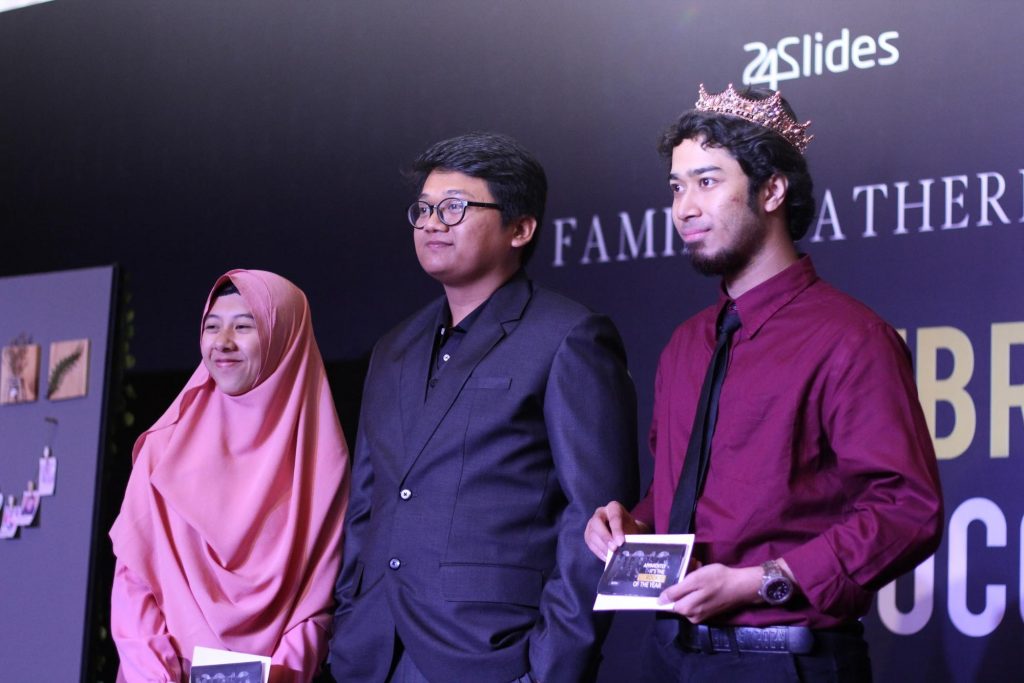 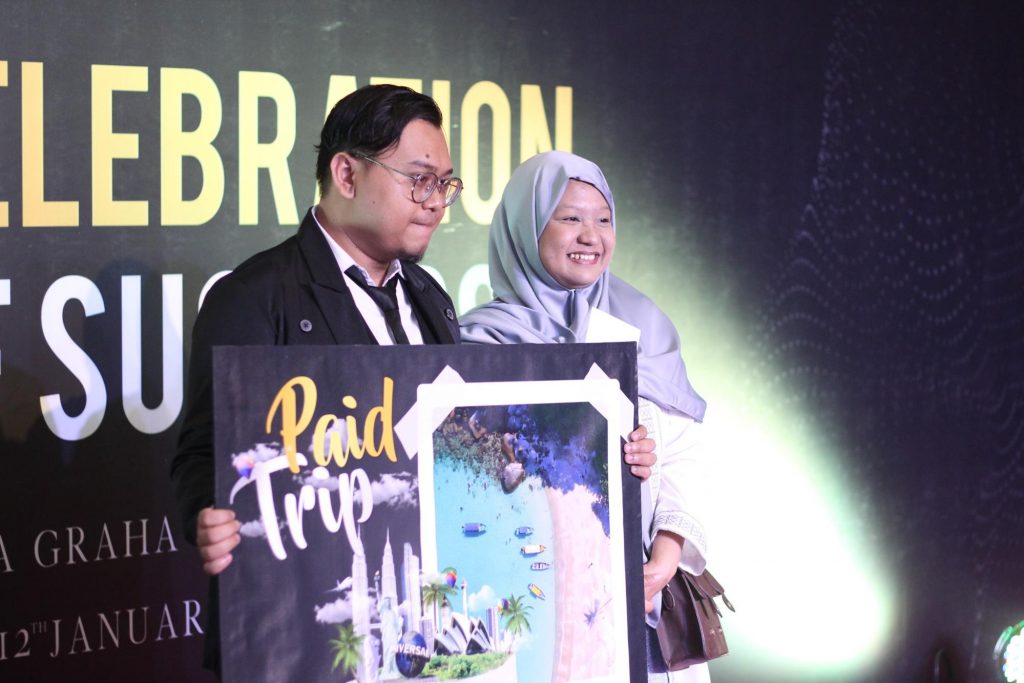 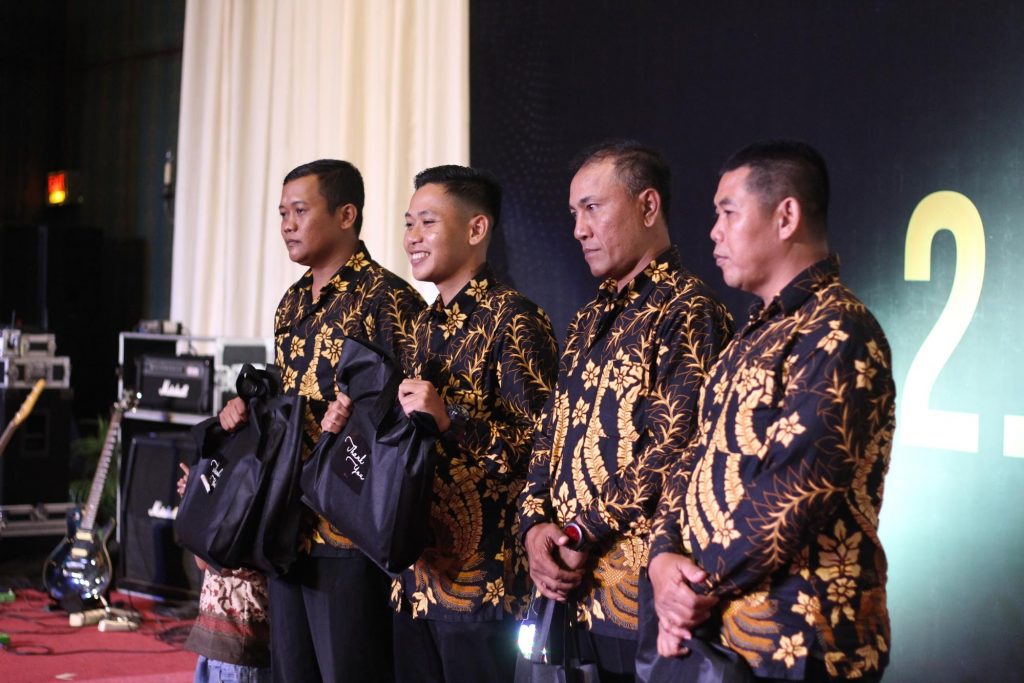 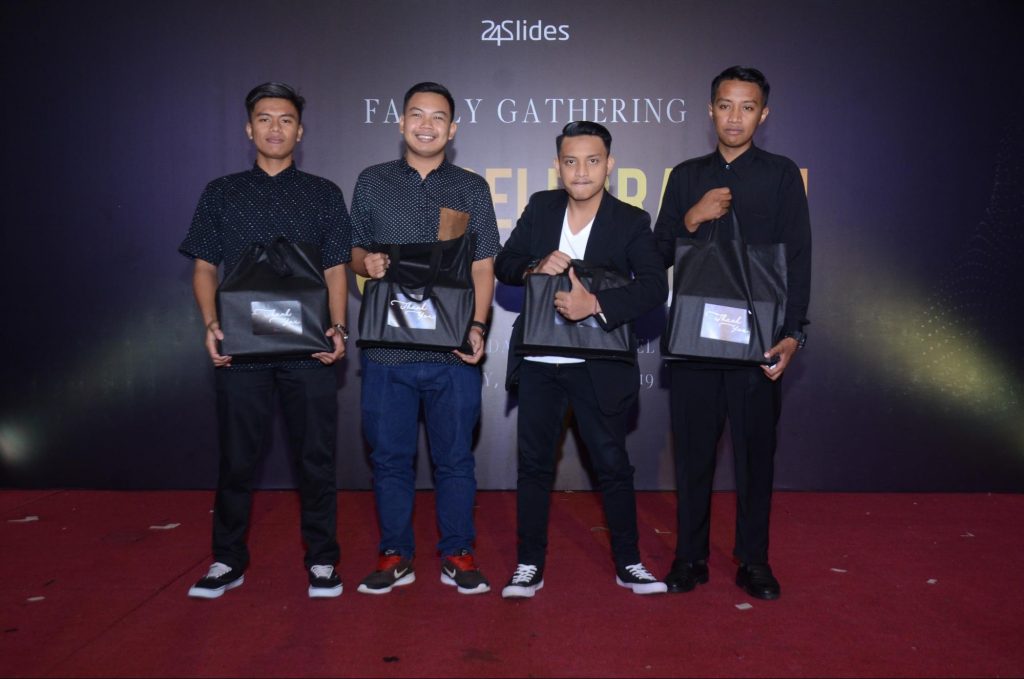 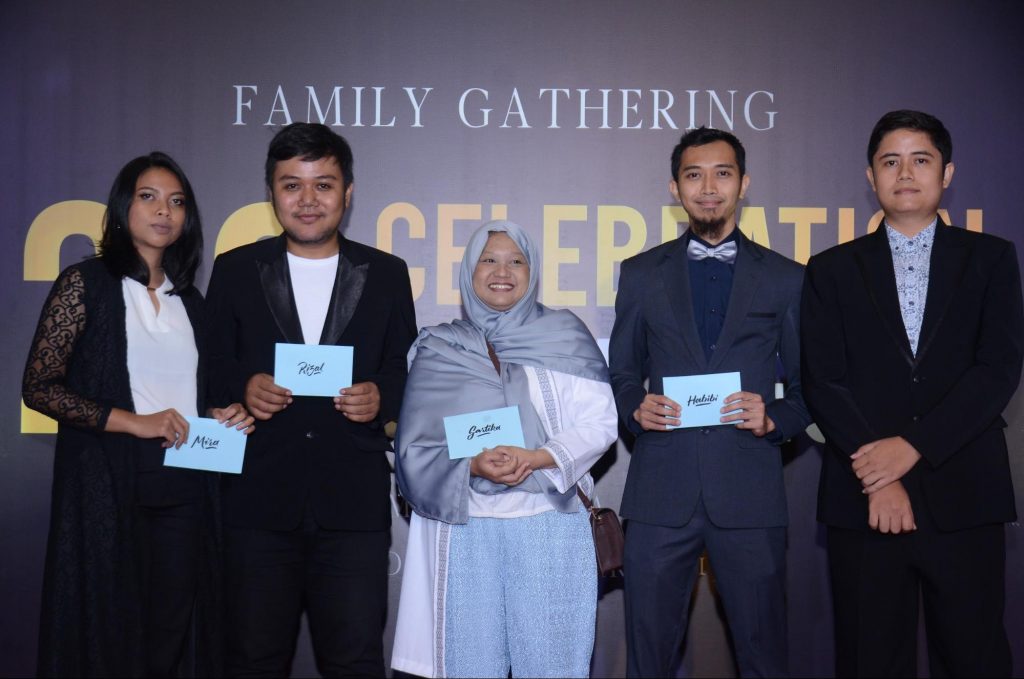 The night was concluded by a rocking performance by Lorem Ipsum band. The band, which was formed as the main band of the first Family Gathering, invited all the employees to the stage to sing the last song together. What a totally unforgettable night that was! Till next year! 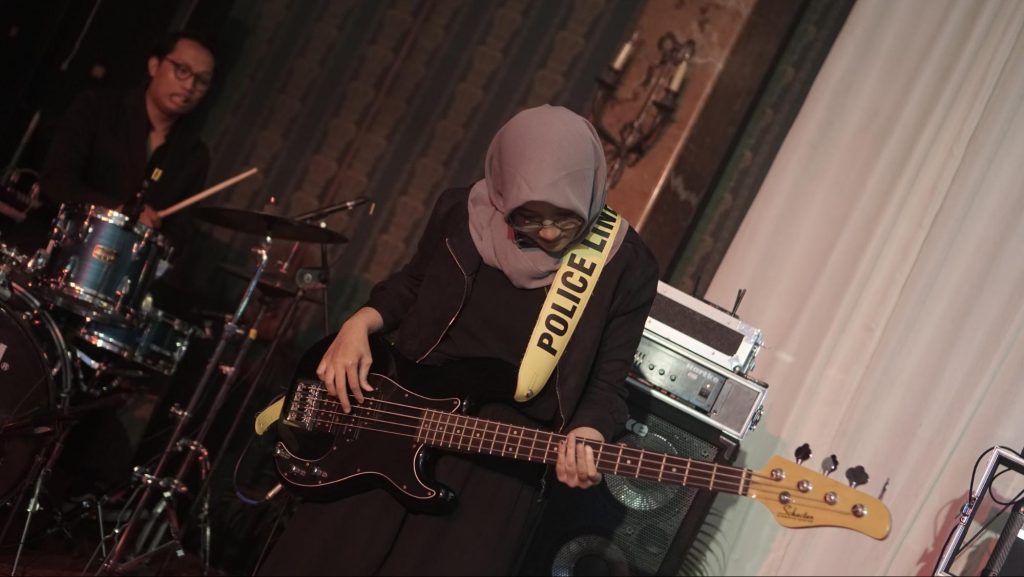 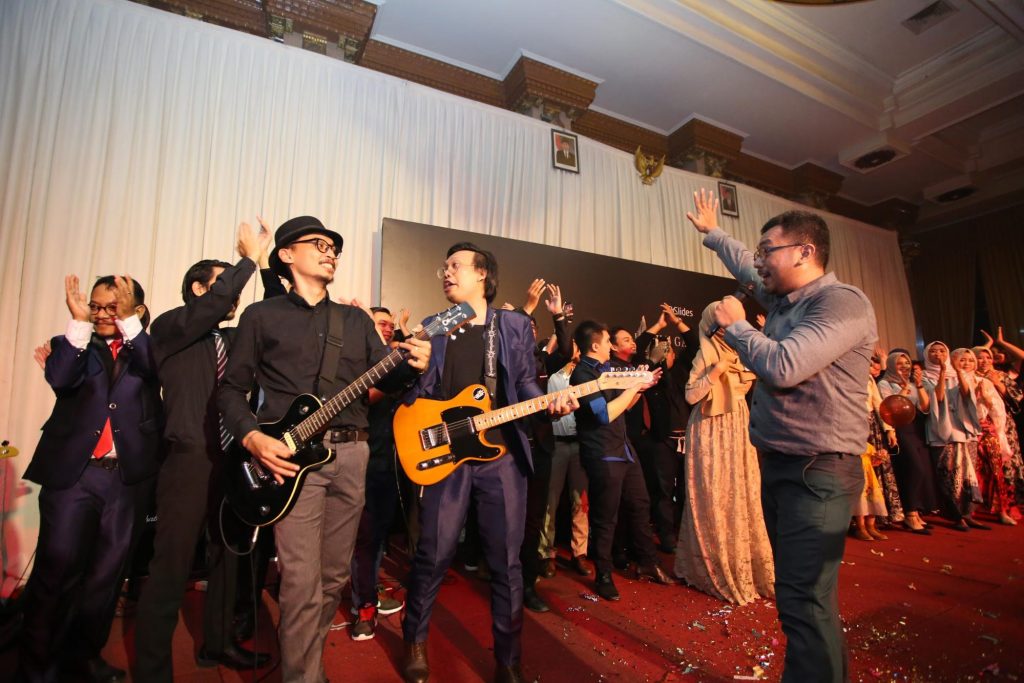 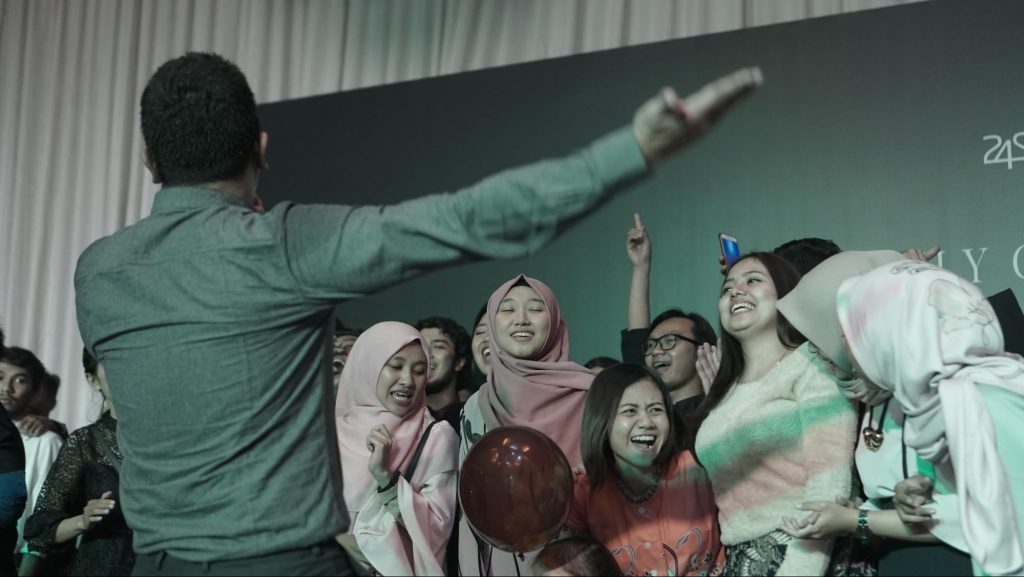 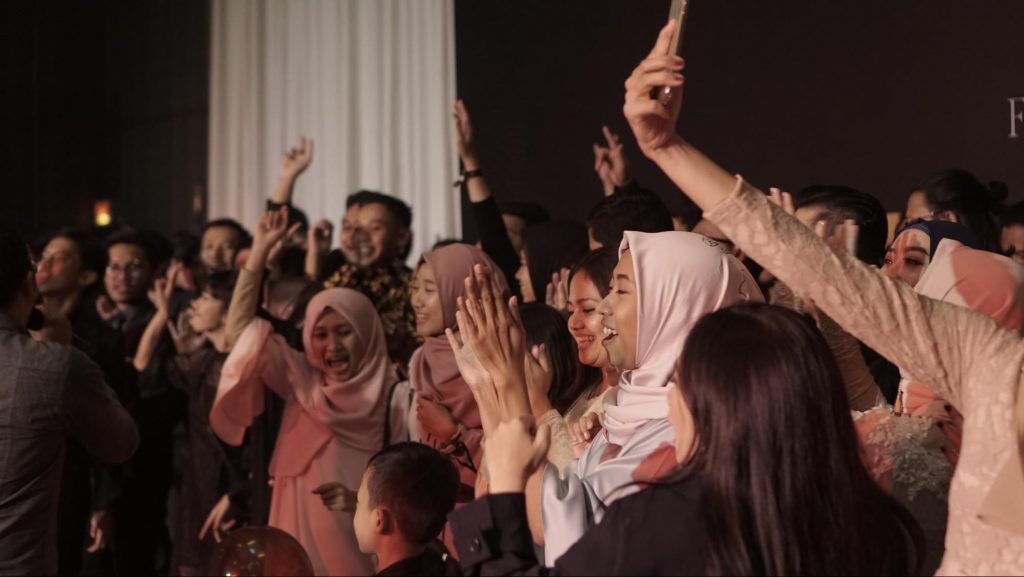