It’s December, and here is our story on the last Play Saturday activity in 2018… 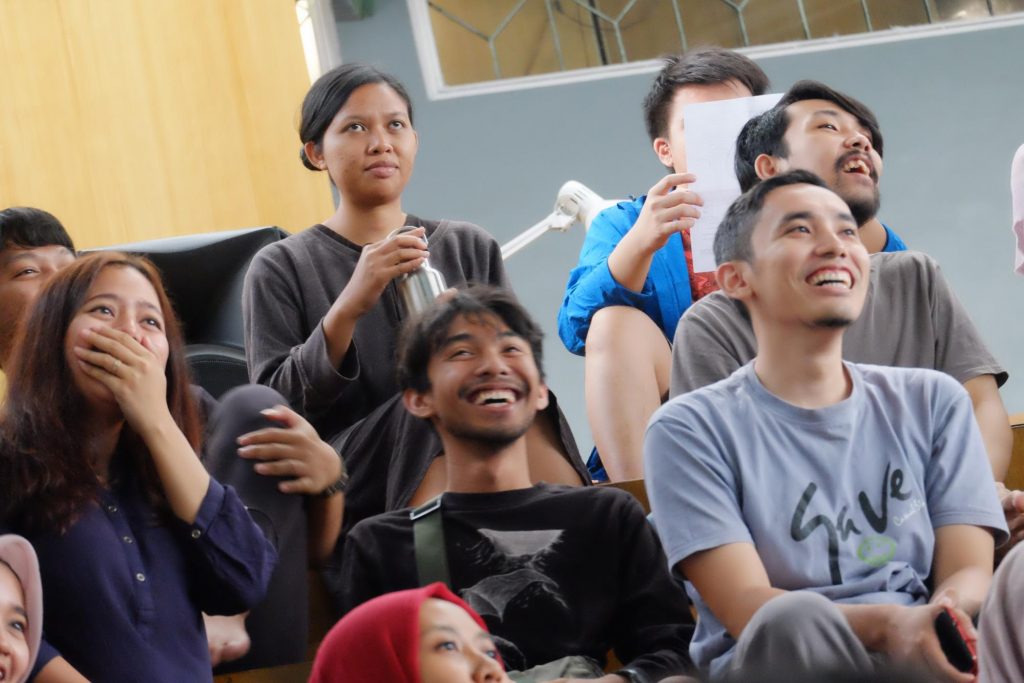 After channeling our creativity into crafts in the last two Play Saturday activities, we were challenged to compete in a group quiz. The organiser team wanted to take us to the 90’s by bringing back the quiz formats from that era. Some of the contents were also brought up from the 90’s. We had 5 teams to compete in this quiz. Once we gathered with the team, we were required to name our teams with 90’s-related stuff. As always, we got unique names: Panji (a local superhero from the late 90’s), Iklim (a Malaysian band which was popular during the late 90’s), Saras (another local superhero), Boy (a fictional character from 90’s films), and Eva Arnas (a popular actress in the early 90’s). Once the names were decided, Haris as the main presenter started the quiz. 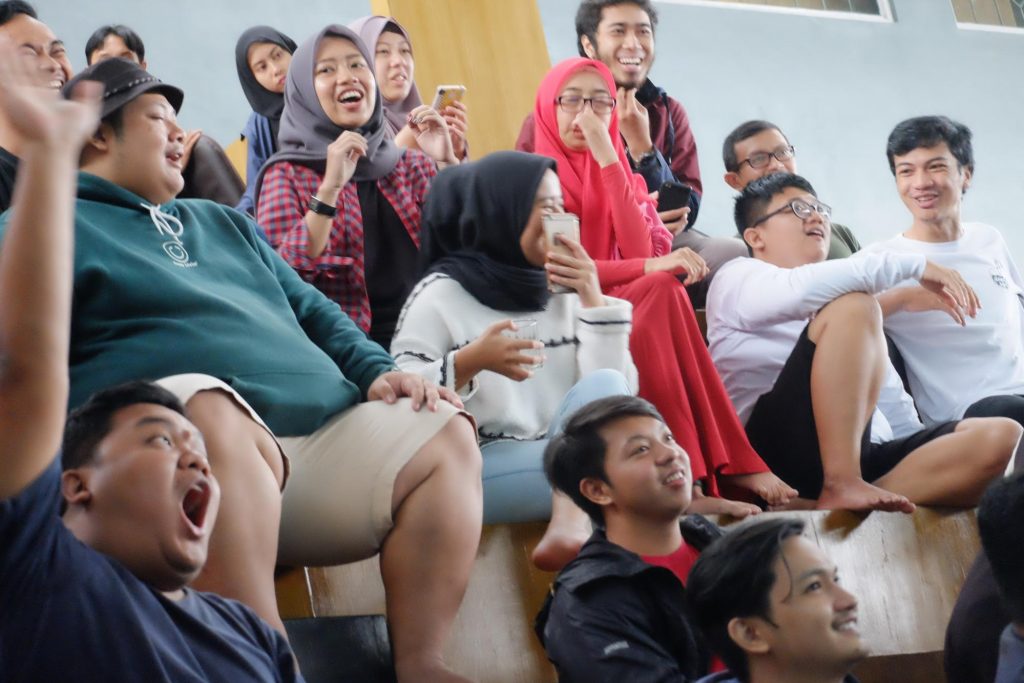 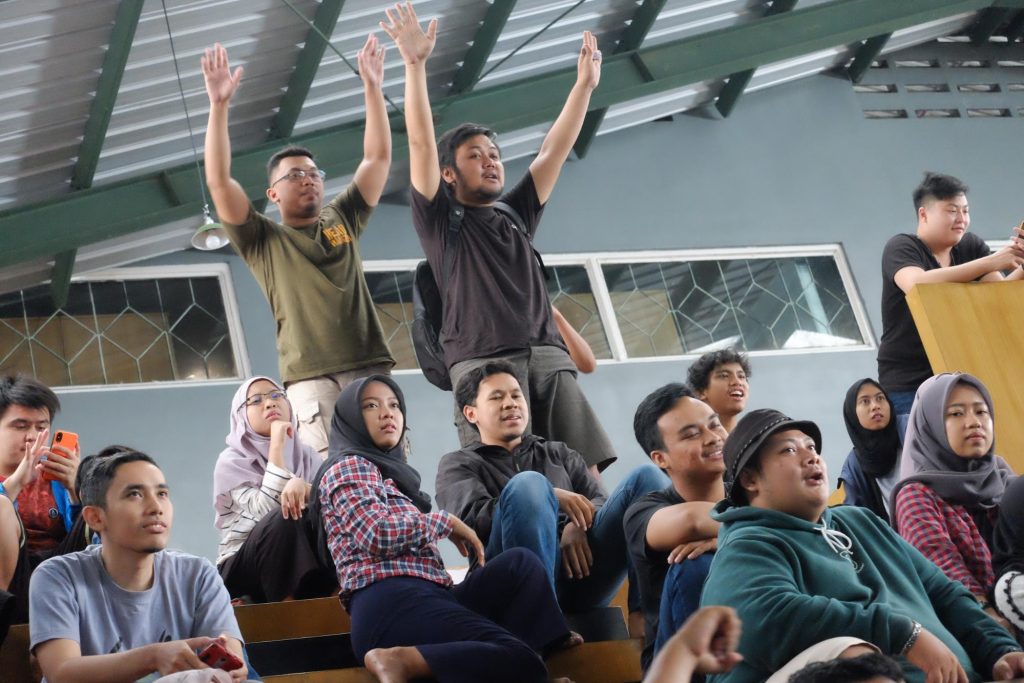 Everyone got really competitive

The first phase of the quiz is called “Guess the song and singer”. We would see some parts of a song lyrics on the screen, and we had to mention the song title and/or its singer. We could also get a bonus score by singing some of the lyrics. Sometimes it got really difficult as the songs vary from 90’s to newly released tracks. It was really joyful that we got to sing along while competing during this phase.

As for the second phase, it was the classic “Whose face is this?” game. The screen would show a cropped image of a famous person. It got harder to guess the person as sometimes we only saw a really tiny part of the picture. One of the pictures even showed only the elbow of the person. Everytime the teams got frustrated, the quiz presenter gave us some hints. However, we kept laughing as the pictures were hilarious.

Being set as the third phase, the “Impersonation” might be one of the most popular games we had in Indonesia office. This time, we had to impersonate many different characters, including the fictional ones. We were only allowed to use our body language. Five members of each team would impersonate a randomly-picked character, and the rest of their team should guess. When they failed to give the right answer, other teams had the chance to steal the points. We burst out laughter as some impersonators made funny weird moves.

The fourth phase was called “Stop dancing!”, which was the final one. Each team had their turn to come forward. When the music played, they had to dance or at least make some moves. Whenever the music stopped, they should freeze. The organiser team enliven the game by allowing two members from another team to distract them by doing anything that would “unfreeze” them. The points were based on the number of the people that got eliminated. 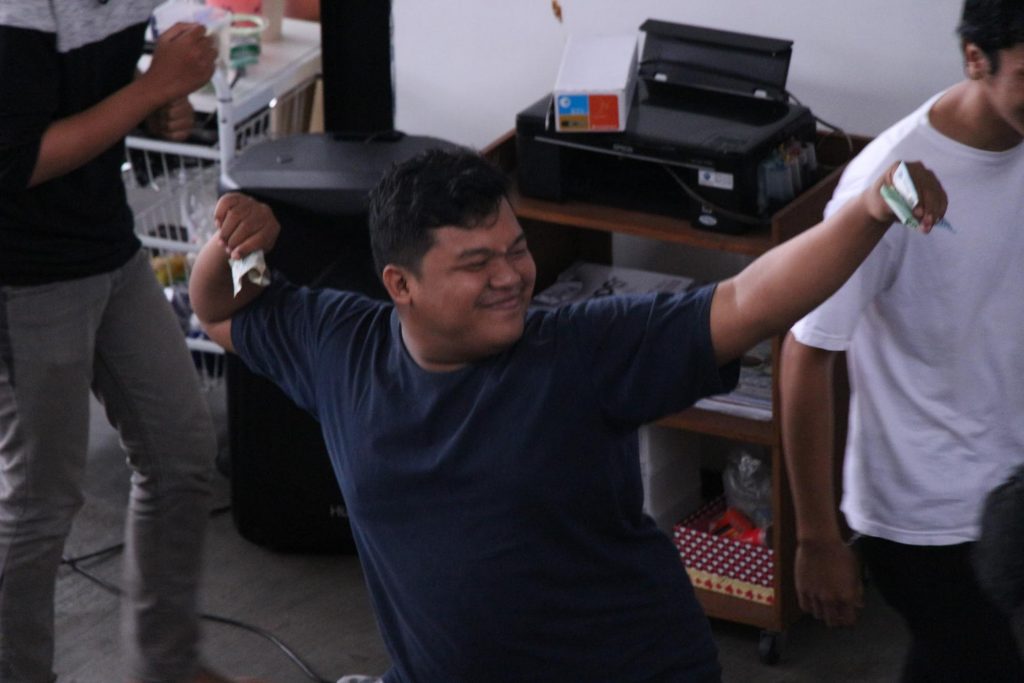 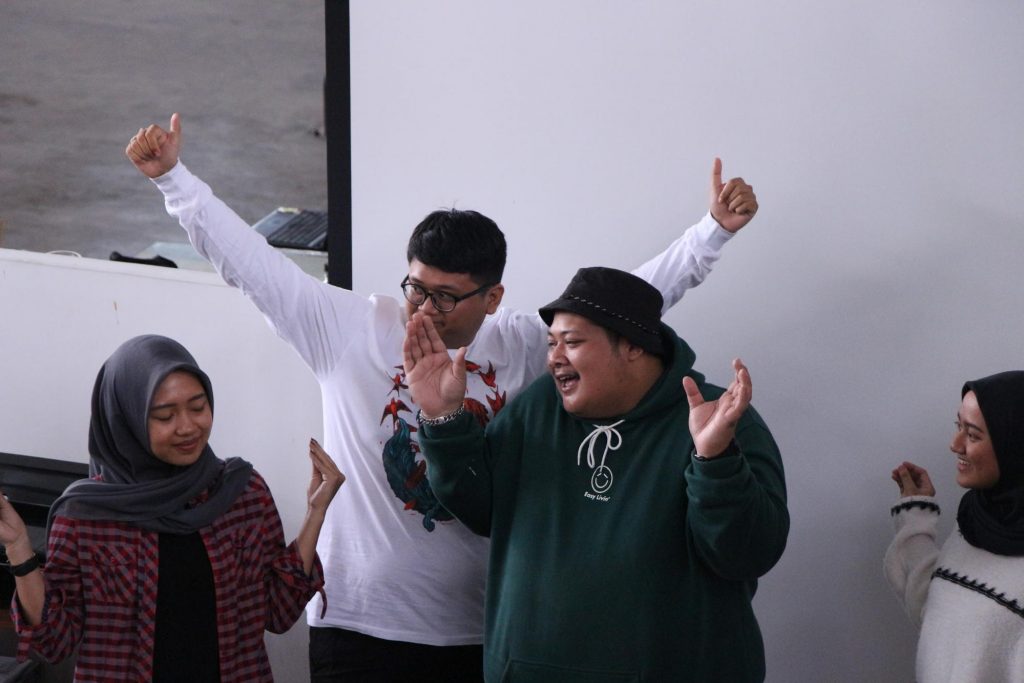 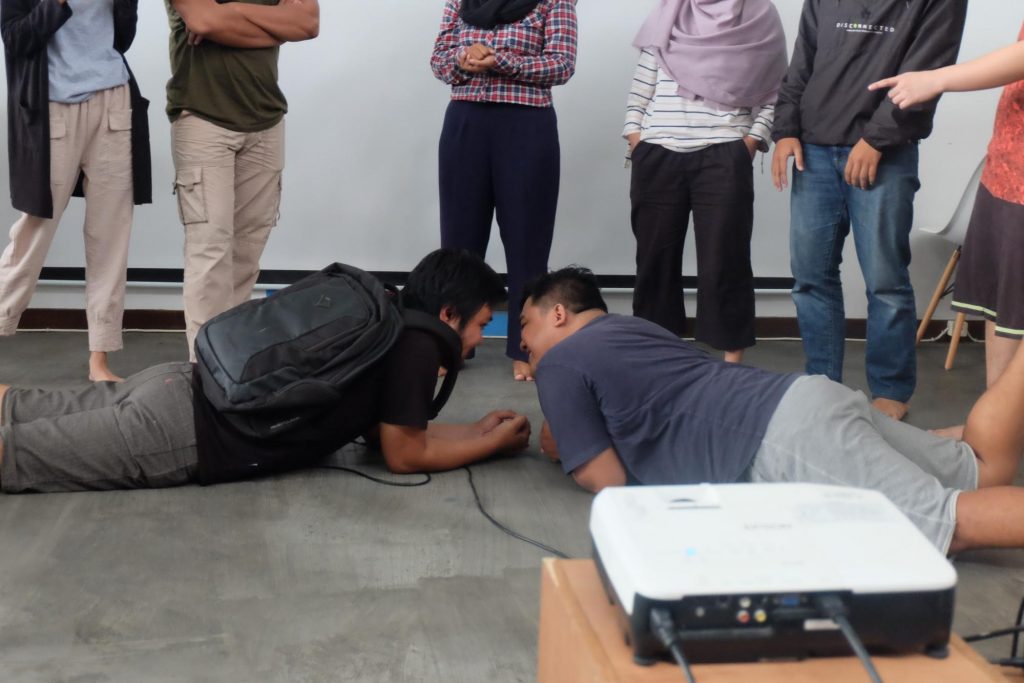 In the end, Iklim dominated the quiz and got the highest score. They claimed the main prize, but the runner-ups also got their prizes. Here is the list of the winners. 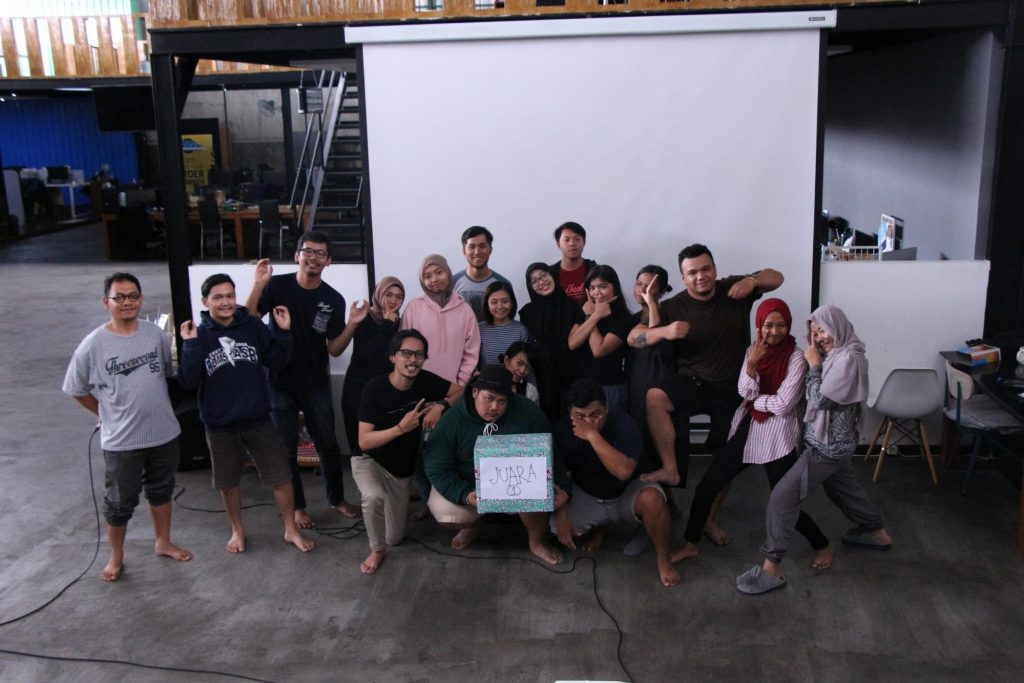 Kudos to the winners! 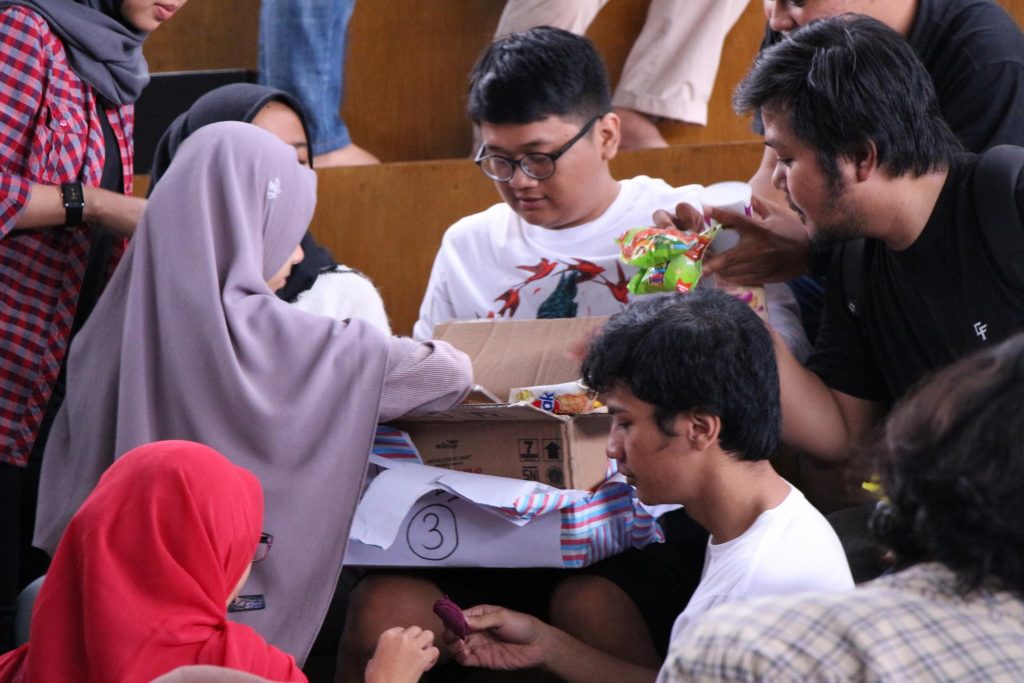 And enjoy your prize!

“Honestly, I did not get to give many contribution as I found it hard to answer the quiz, but we had a good time laughing and chanting together”, Hendri, as a new member of the Indonesia team enjoyed his second Play Saturday. He also suggested that we might need to improve the coordination of a quiz like this since the number of people in the Indonesia office keeps increasing. Anyway, It was a really fun way to conclude the series of Play Saturday activities in 2018. Till next year, everyone!