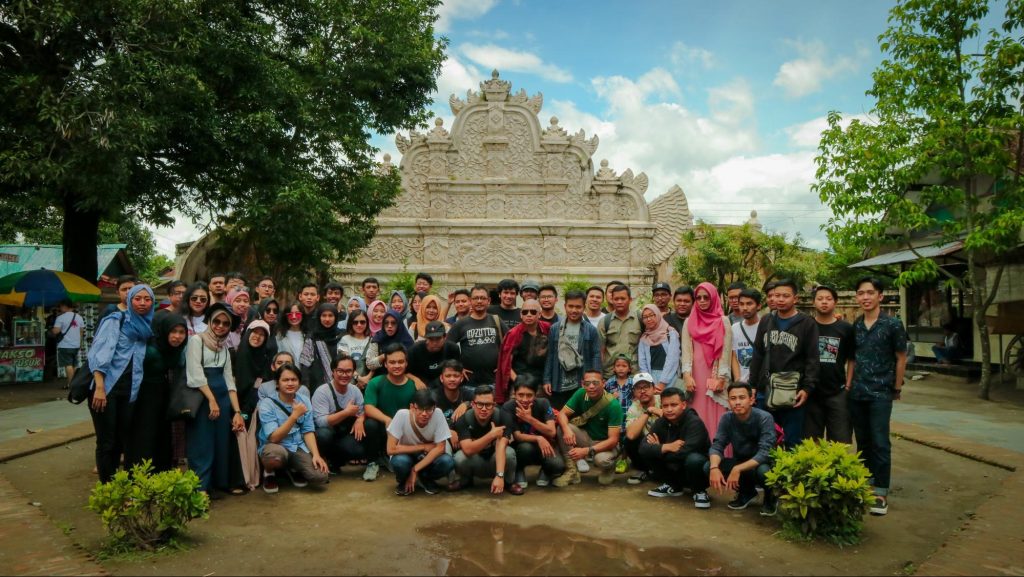 For the first time in the history of 24Slides, the Indonesia team had a Social Activity event outside the East Java province. On March 21, we traveled no less than 250 kilometers westward in an 8-hour road trip. In the next three days, we had the Social Activity in the Special Region of Yogyakarta!

Located in the middle of the Java island, the Special Region of Yogyakarta (also simplified as Yogyakarta or Jogja) is the only region in Indonesia that is officially acknowledged as monarchy by the government. It is well-known for its historical and cultural values as there are many historical buildings from different centuries including the kraton (royal palace) and ancient temples preserved here. Besides the historical buildings, many natural sites such as beaches, caves, mountains, hills, and cliffs can also be found here.

On the first day, we explored the Gunung Kidul regency, the southern part of Jogja region.
The first site we visited was Pindul cave. We were very excited as, for most of us, it would be a new experience to do a cave tubing. Guided by several instructors, we entered the cave all at once. Throughout the cave, the instructors led us while telling stories and information about the cave. At the end of the stream, we were allowed to swim our way to the exit. 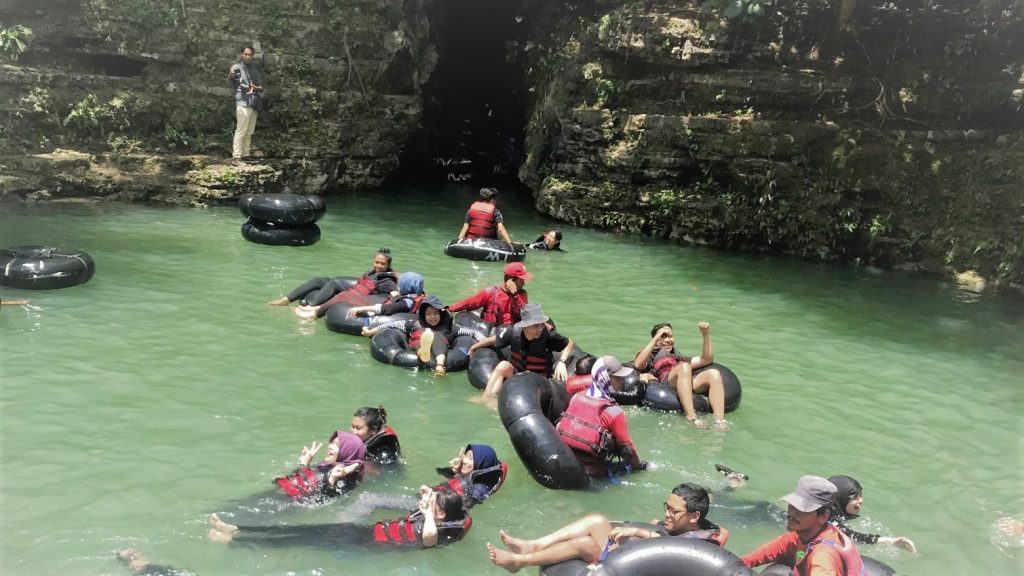 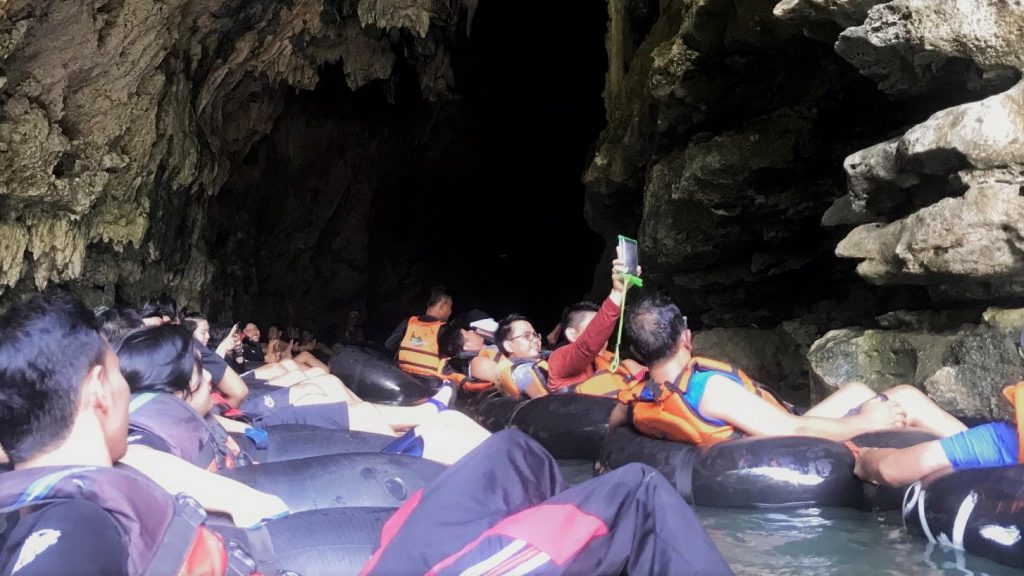 After lunch, we continued our journey, and the next stops were the southern beaches. We unwound at Sundak (an acronym of asu and landak, dog and hedgehog in Javanese) beach. Many things to enjoy there: the sand, the low tides, the food, and the scenery, of course. We moved to Pulang Sawal beach, which is also known by the name Indrayanti beach, to have dinner upon enjoying the sunset. The seafood menu came with an entertainment at the restaurant. We could dance and sing along with a singer and the electone music. Before going to the hotel, we concluded the evening by seeing fireworks at the beach. 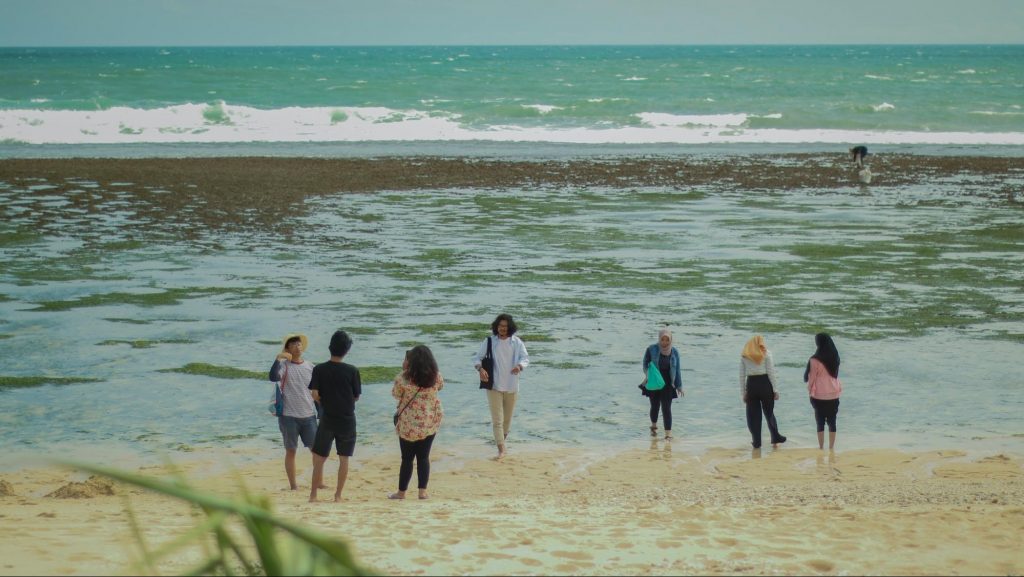 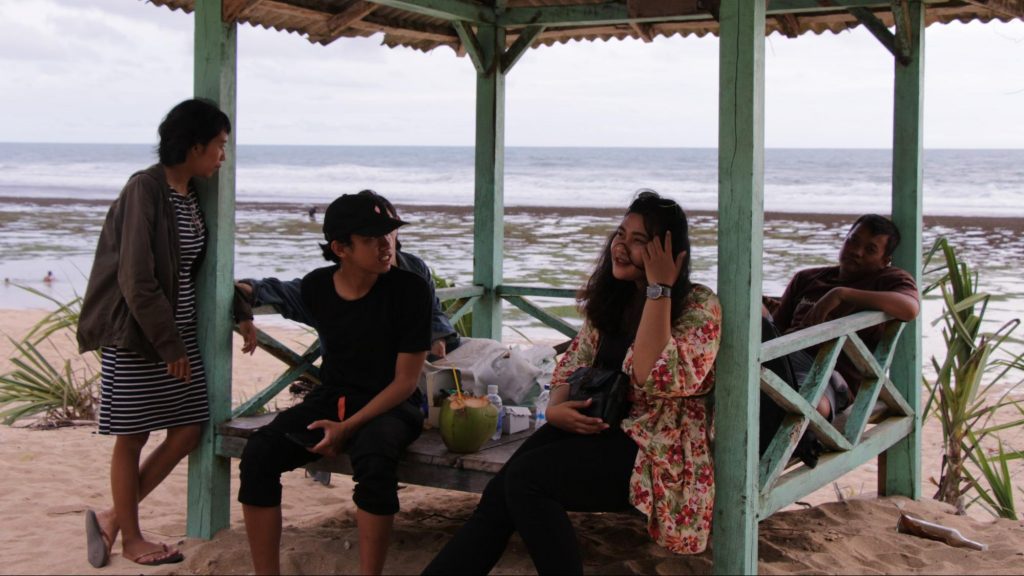 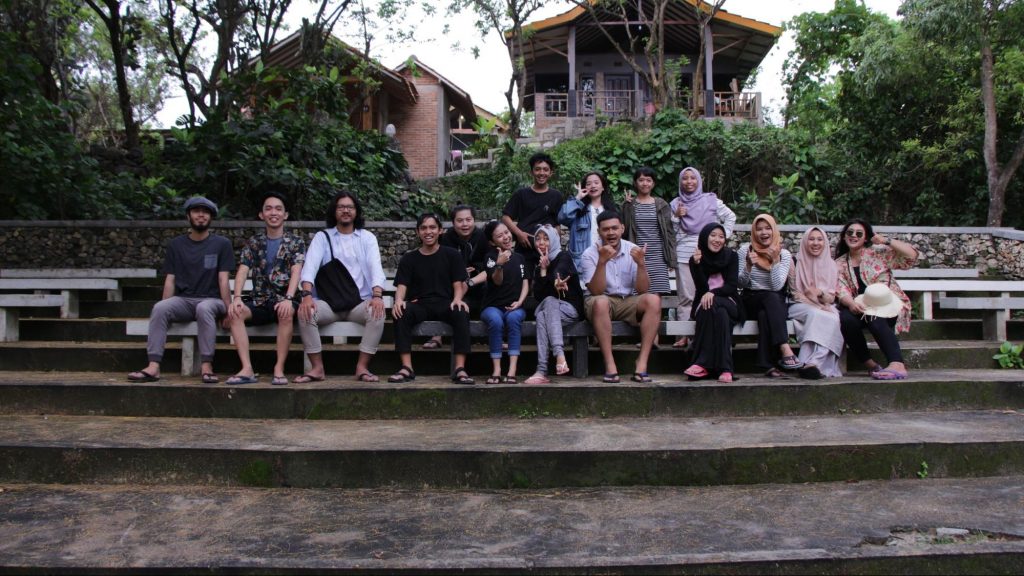 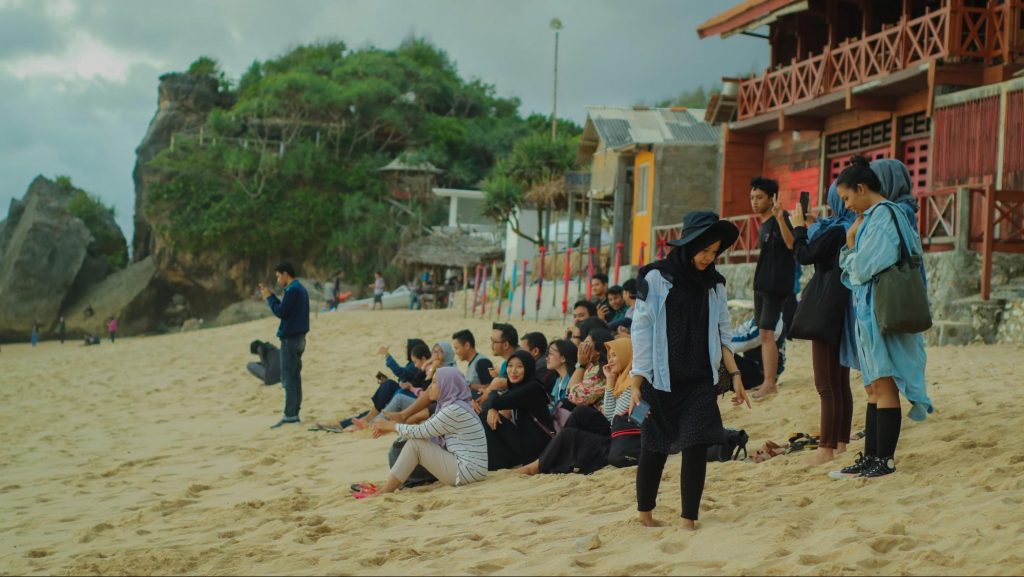 Unwinding at the Beach 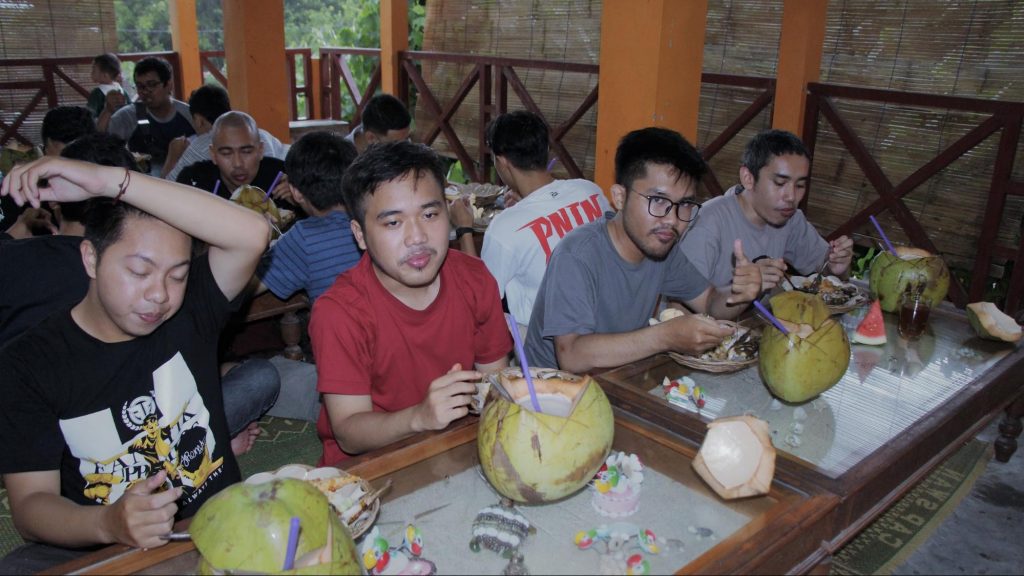 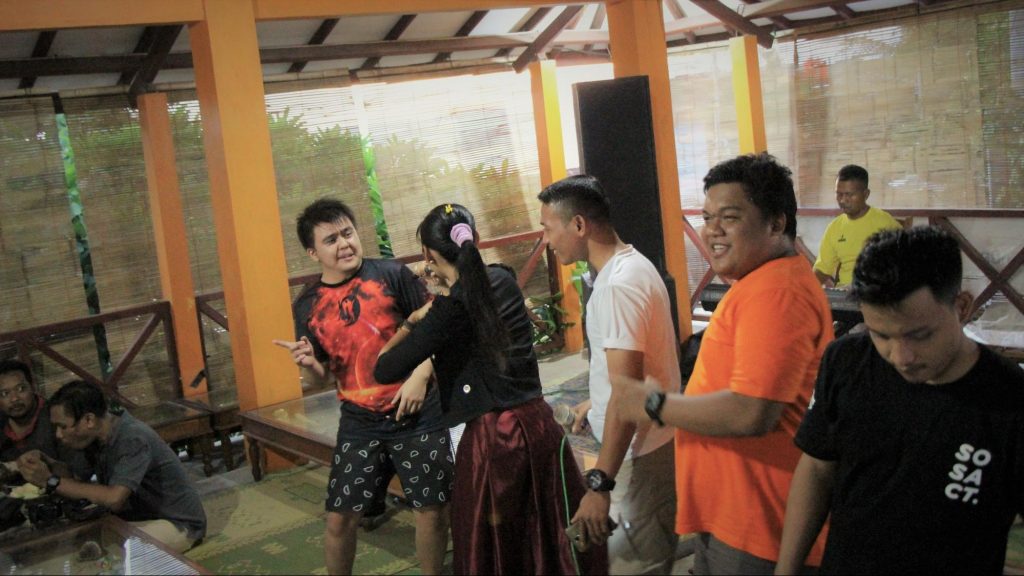 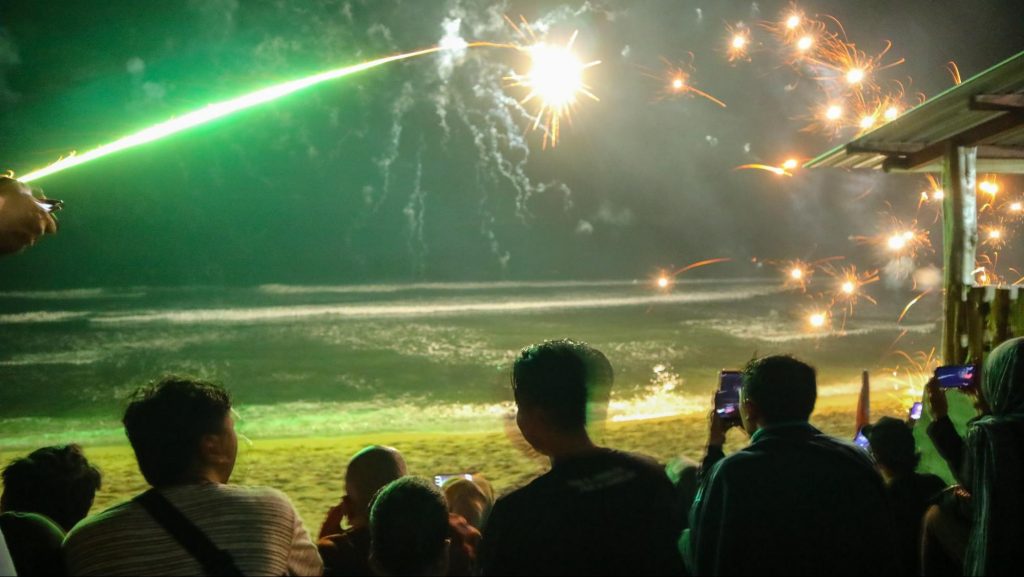 We were up for a city tour in the second day as we headed to the Yogyakarta City, the centre of the Jogja region.

The local guide introduced the corners of the cities to us, but the main tour started as we stopped at the so-called Malioboro street. We took a short trip to Taman Sari Water Castle. This castle was where the royal mistresses used to bath, but it also had unique mosque and tunnels underneath. The classic architecture was so remarkable. We even found it difficult when we tried to take photos in some corners of the castle as a lot of tourists want to take the best spots. 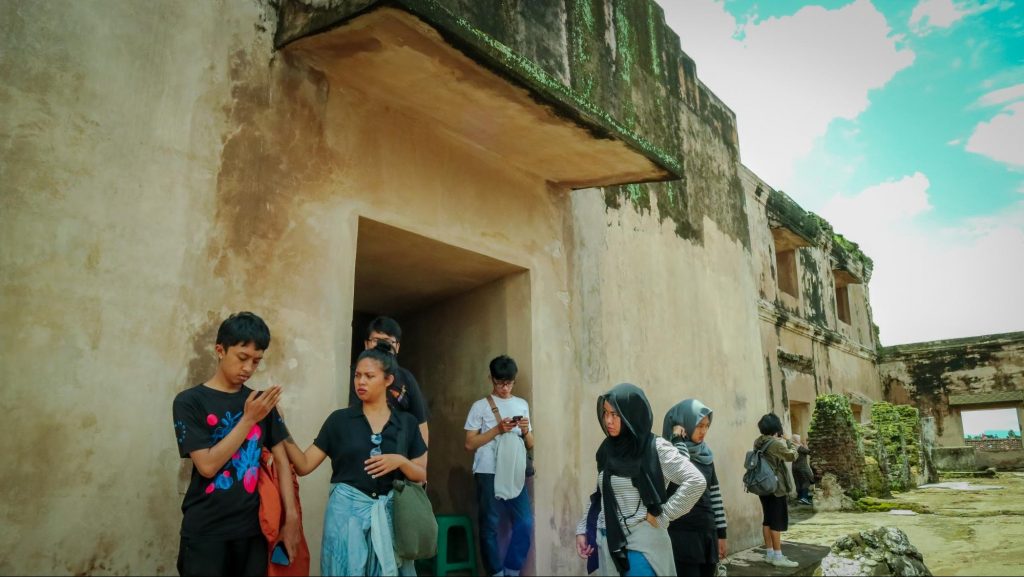 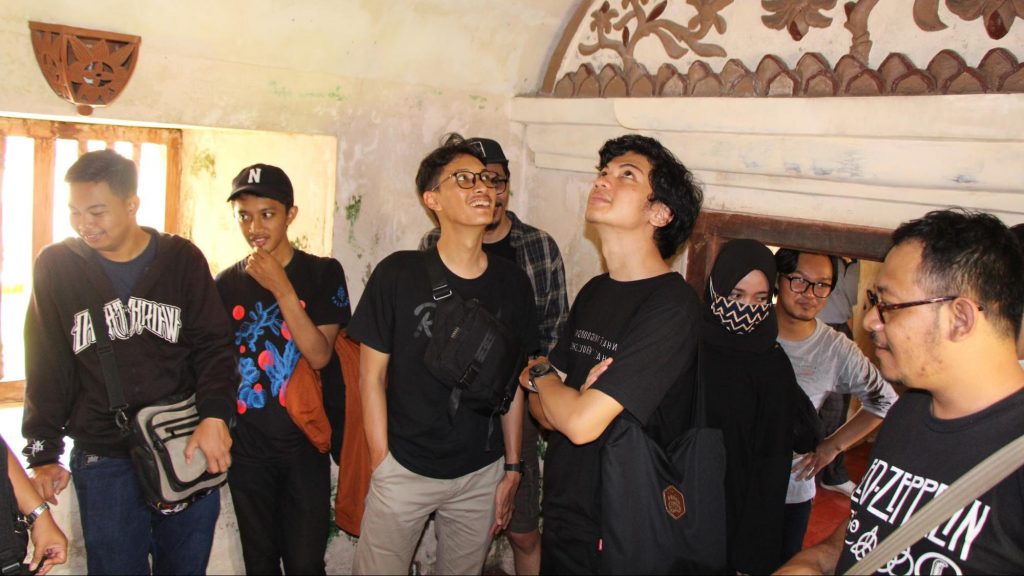 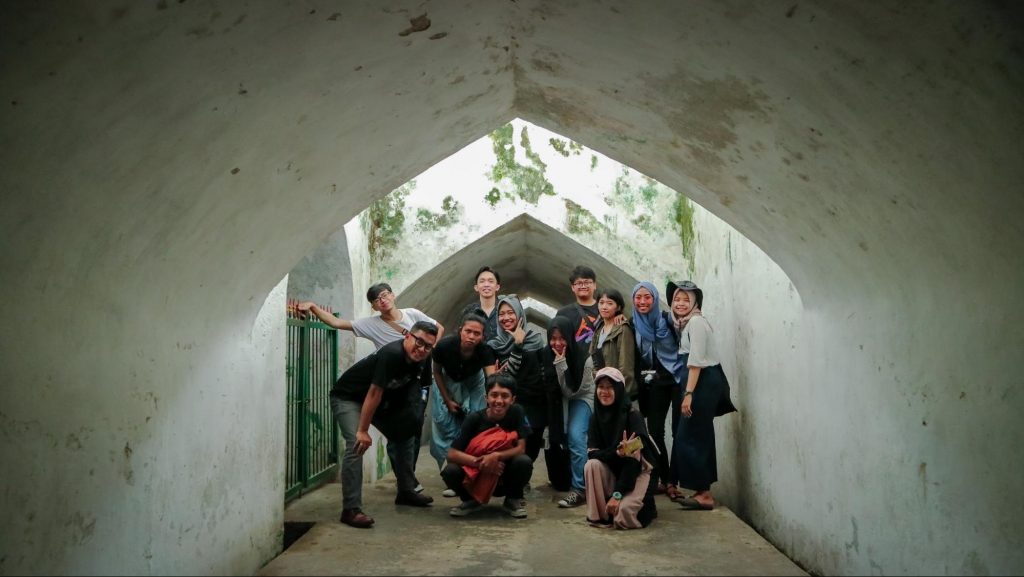 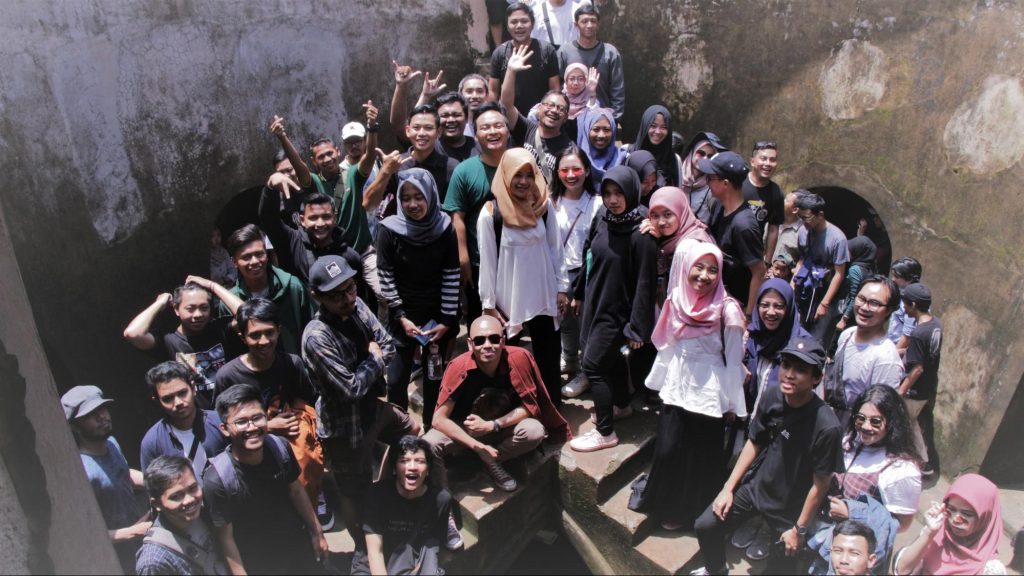 Inside the Taman Sari Castle

We were allowed to spend the rest of the day by ourselves, so we split into several groups after brought back to Malioboro street. Some groups took the opportunity to go shopping and do culinary travel, while the others continued to visit historical buildings and other interesting sites. Some of us even decided to rent vehicles to explore the city more flexibly. 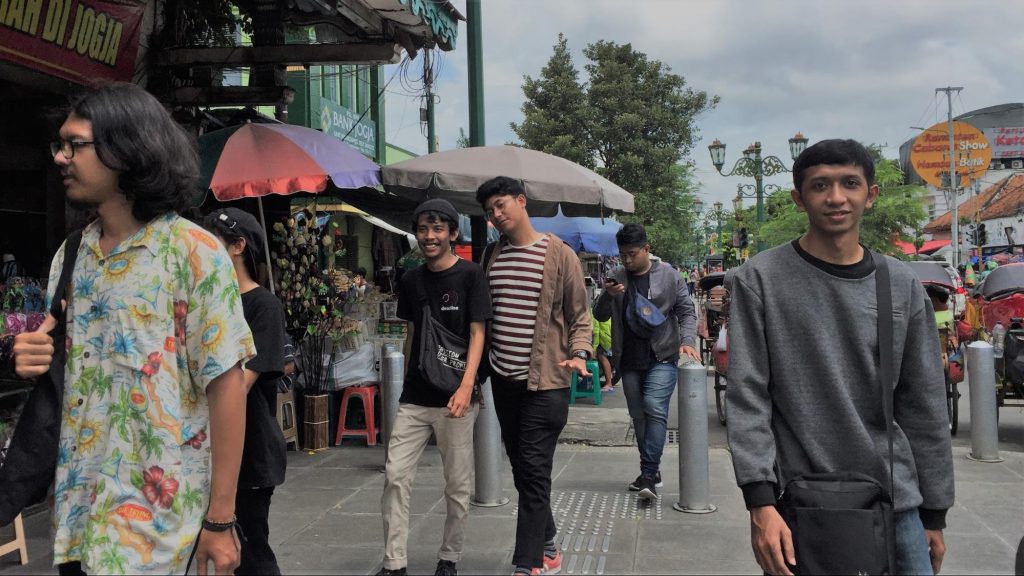 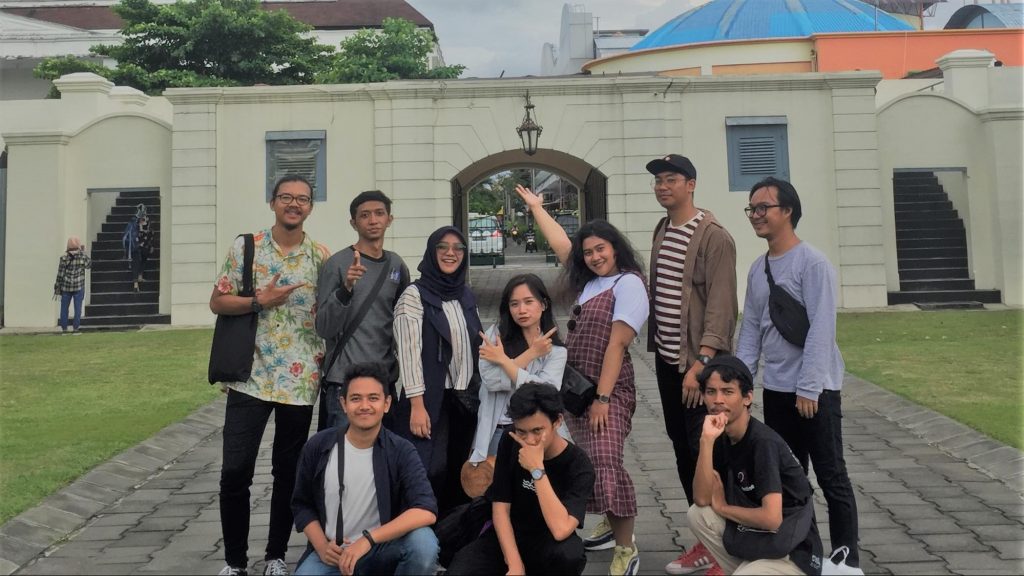 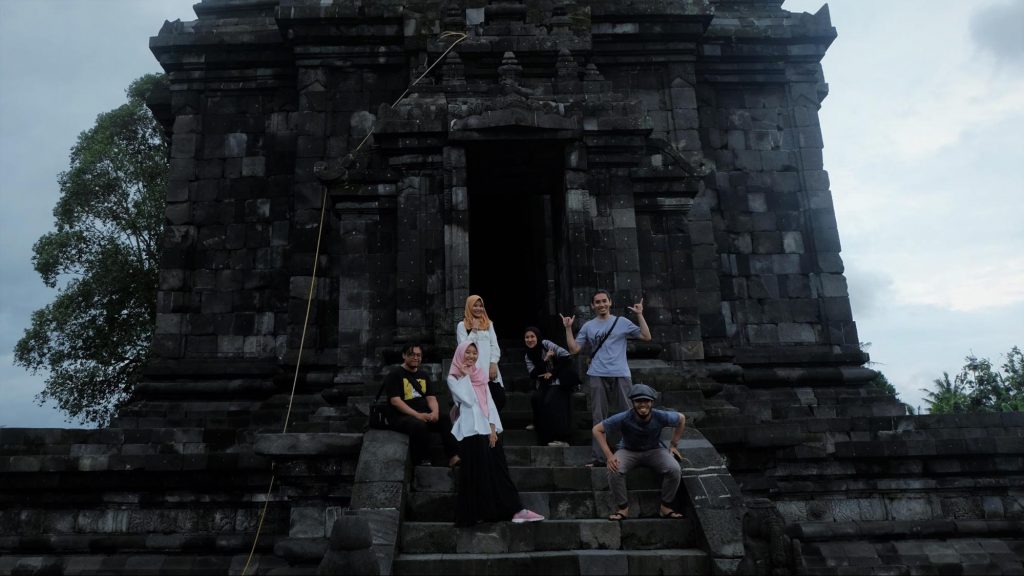 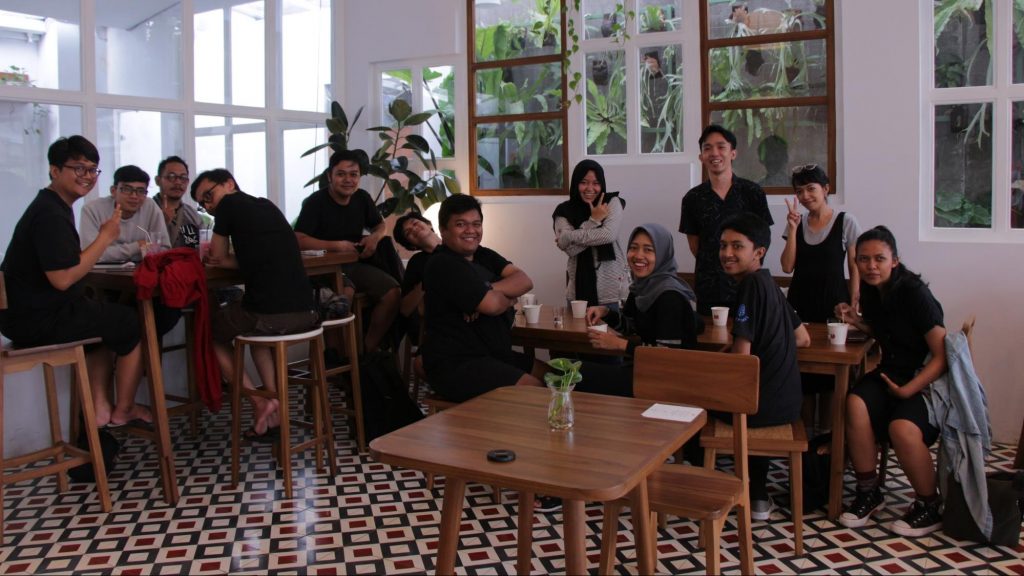 Finally, it was time to bid farewell to Jogja, but we gotta buy some souvenirs on our way back to Malang.

Some of us might have already bought batik products and food back in Malioboro, but we also stopped at some souvenir centres to buy signature clothes and food of Jogja. Our first stop is Omah Oblong Jogja T-Shirt. We were allowed to buy various clothes and see the process of the production. The next stop is Kenes Resto, where we had our last lunch before going home. We could buy some food souvenirs in their shop as well. The last stop was the legendary Bakpia Pathok 25. This was arguably the most famous food souvenir from Jogja, and we had to “fight” our way to get some favourite items in the store. At last, we headed back to Malang by the end of the day. We were tired for sure, but it did not stop some of us from singing along in a little karaoke session in the bus on the way back home. 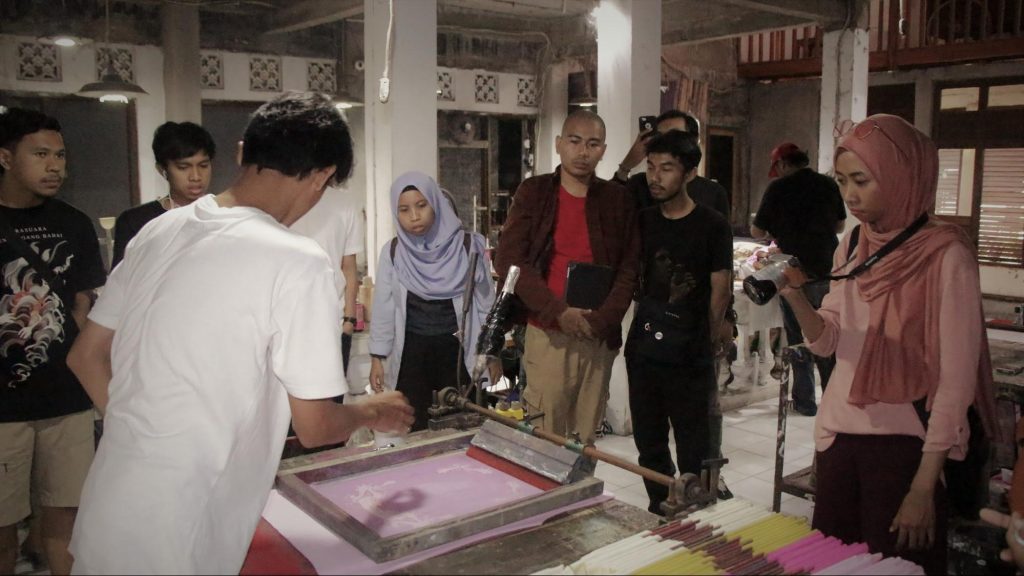 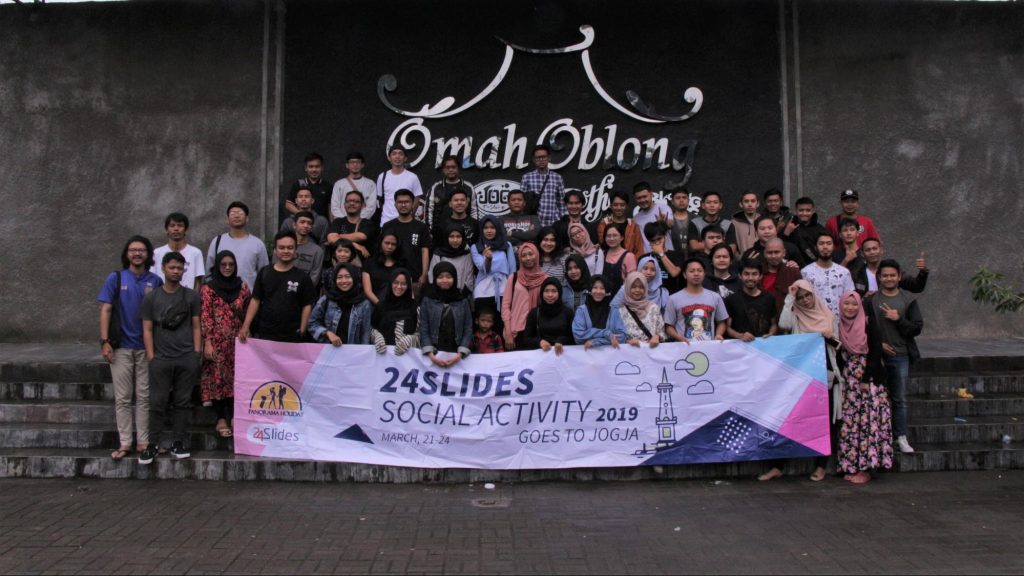 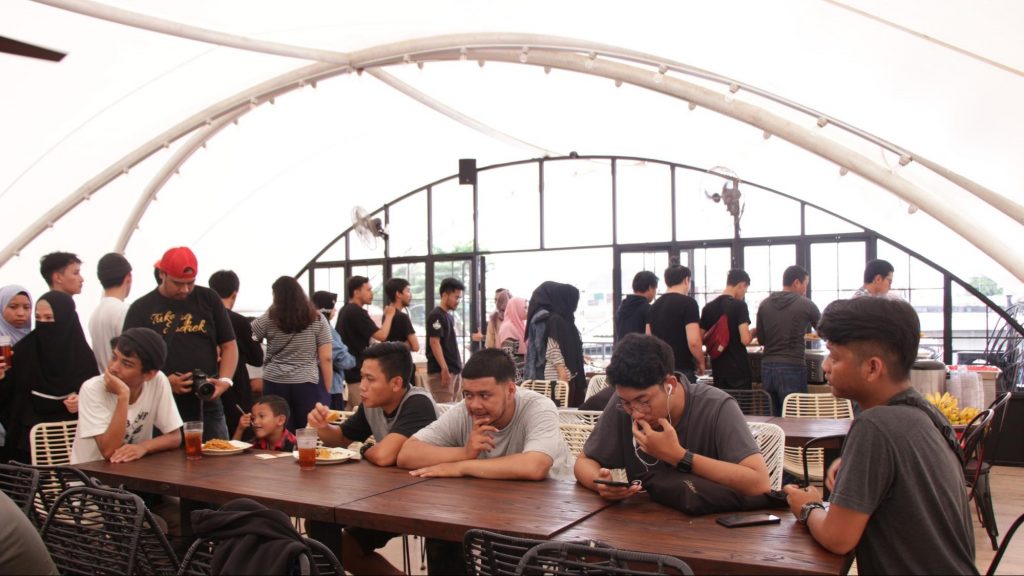 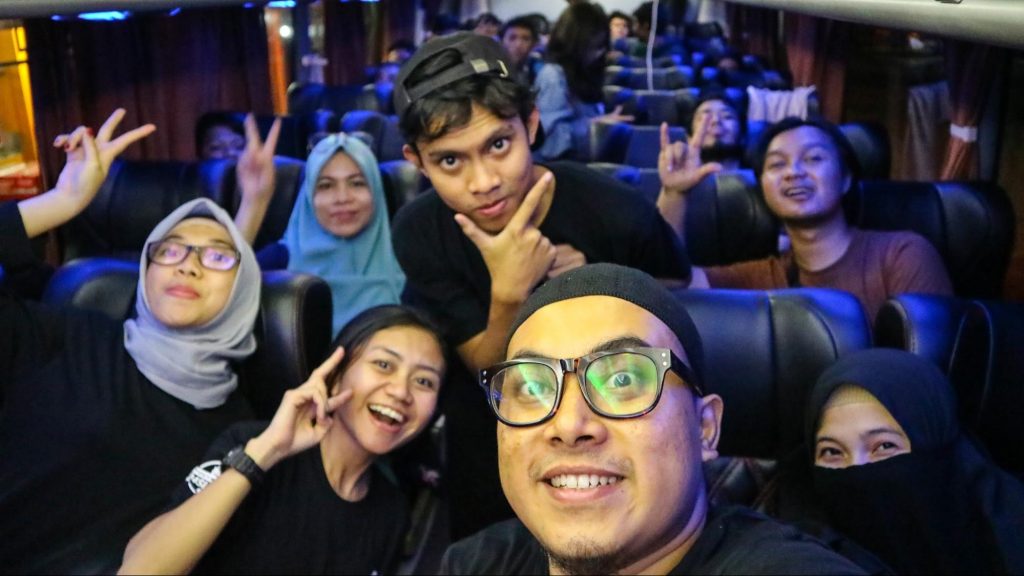 Thanks for the Memories!

It was the longest and farthest Social Activity we have ever had. Surely, we got a lot of new  stories and experiences gained. So, where shall we go next?